We know the problem-gambler gets into trouble. But how does his (it’s usually a man) behavior affect everyone around him? Research is beginning to show that pathological gambling contributes to chaos and dysfunction in families, affecting spouses and partners, kids, parents, siblings, employers, and co-workers. 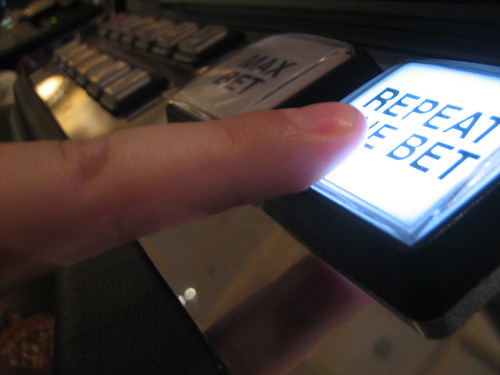 Pathological Gambling Runs in Families
10% of family members of a problem-gambler also have gambling problems themselves. These relatives also had an increased rate of:

So some of the problems in these families come from the mental illness and addiction that they suffer from.

Problem Gamblers Had Poor Childhoods
One study showed that 40% of gamblers reported childhoods of neglect. Only 17-30% had really good childhoods. Their families also had:

So How Does the Problem-Gambler Affect His Family?

The Spouse or Partner
Gamblers have a higher divorce rate: problem gamblers at 40% and pathological gamblers at 54%. Not surprisingly, financial problems (huge debts, second mortgages, and illegal loans) and psychological stress (anger, resentment, depression, isolation, and loss of trust) contribute to the higher divorce rate. Spouses had more physical problems, like severe headaches and stomach-aches. Sex was markedly decreased. 86% of spouses thought about leaving. 48% considered having an affair, while 23% did so.

Physical abuse often occurs. Some horrendous statistics: a woman whose partner has problem-gambling is 10 times more likely to be abused. If the partner has a gambling problem and drinks, abuse is 50 times more likely. The National Gambling Impact Study reports that when a casino opens in a community, domestic violence often goes up. When casinos opened in Mississippi, domestic violence shelters had a 100% – 300% increase in business.

The Kids
Kids of problem gamblers were more likely to:

The original study appeared in the August 2007 issue of CNS Spectrum.

Looking for a Poker Blogger – Want to be the Poker Guy for PokerMoments?